The Gelberg Variations is a personal blog, which means that its range of topics includes whatever I think about that is worth publishing. That said, sometimes (a lot) I think about politics–about government, about elections, about the reasons why a culture goes in one direction and not twenty others. Which means that there will be political posts on this blog.

So, politics is on my mind, and the current tug of war over the state of health care in this country is at the forefront. But before I even get into what I think about that, I’ll state for the record that I am not a fan of this administration. I view the election of Donald Trump to the presidency–and as Republican, no less–as a very bad indicator on the current health of our country as a constitutional republic. It also taught me something I didn’t know about the current health of the electorate. I didn’t know that people who considered themselves Republicans would nominate a reality-show populist who campaigned on a nativist America-first platform and openly advocated violence against people who said things he didn’t like. And further, that the country would actually enthusiastically elect the creature. (I’m not very concerned about the distinction between the popular vote and the electoral college vote, because it doesn’t address the larger questions that I’m considering. The electoral college has been part of our government’s structure since the founding, and this is not the first time a president has won without the popular vote. So that’s that.)

So I am clearly not on the side of the current party in power. But neither am I on the side of the Democrats. I do not consider myself a Democrat, or a liberal (as the term is generally used) or a leftist, or a progressive, or any of the other things that left-leaning people call themselves. The Democrats now consider themselves the party of the opposition, based on the bare fact of not having won the White House. Okay, fine, except that when one considers the qualifications and record of the Democratic nominee for the presidency, Hillary Clinton, it becomes clear that our choices in 2016 were between two lying, corrupt, authoritarian leftists.

And given further that the left only started protesting after the election, this tells me that there is no widespread opposition in this country to having a grossly dishonest, corrupt, left-leaning authoritarian in the White House. They were only upset because the “wrong” one won. There were no widespread protests before the nominations–when any alarms could have done some good–or even after the nominations, which is when it became clear what candidates the two major parties had produced. We have now descended to the level of opposing gangs, and it scares me more than I can express. And now, for example, health care is the subject of  congressional deal-making and vote gathering. When one tribe is in power, the votes go one way, but they can be reversed once the other part is in power. The ACA may be replaced with the AHCA, (though it may not matter) but no one remembers–or cares to–that health care was not always a gargantuan, expanding, Gordian knot of impossibility when one tries to reconcile needs with expenses. No one is speaking up to say that doctors and patients and insurance companies and hospital administrators were not always–and need not always be–set in conflict with each other.

So to return to the title of this essay–politics is very often framed in binaries–left vs right, you vs me, Republican vs Democrat. But I’m increasingly finding myself without a “home”–without any sort of major political group or movement that I feel comfortable aligning myself with. Politics is very frequently pitched as true-false, when we ought to be insisting on essays. So this essay–and this blog–is part of my effort to establish a platform to get my voice heard–and to develop that voice, along with the thinking that goes behind it.

Because it always comes back to thinking. The choices people make–and the opportunities they think they have–are always the product of a long, long string of previous choices, and previous thinking. And if the Gelberg Variations can, by telling the truth in an insightful, engaging, illuminating way, spark some synapses–get people thinking–then it, and I, will have done what I set out to do. 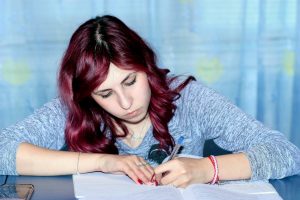